A Tale of Two Wolves: Studies of Men and Behavior: Chapter 1: War in the East: Muller_WPP-Presentaiton_26 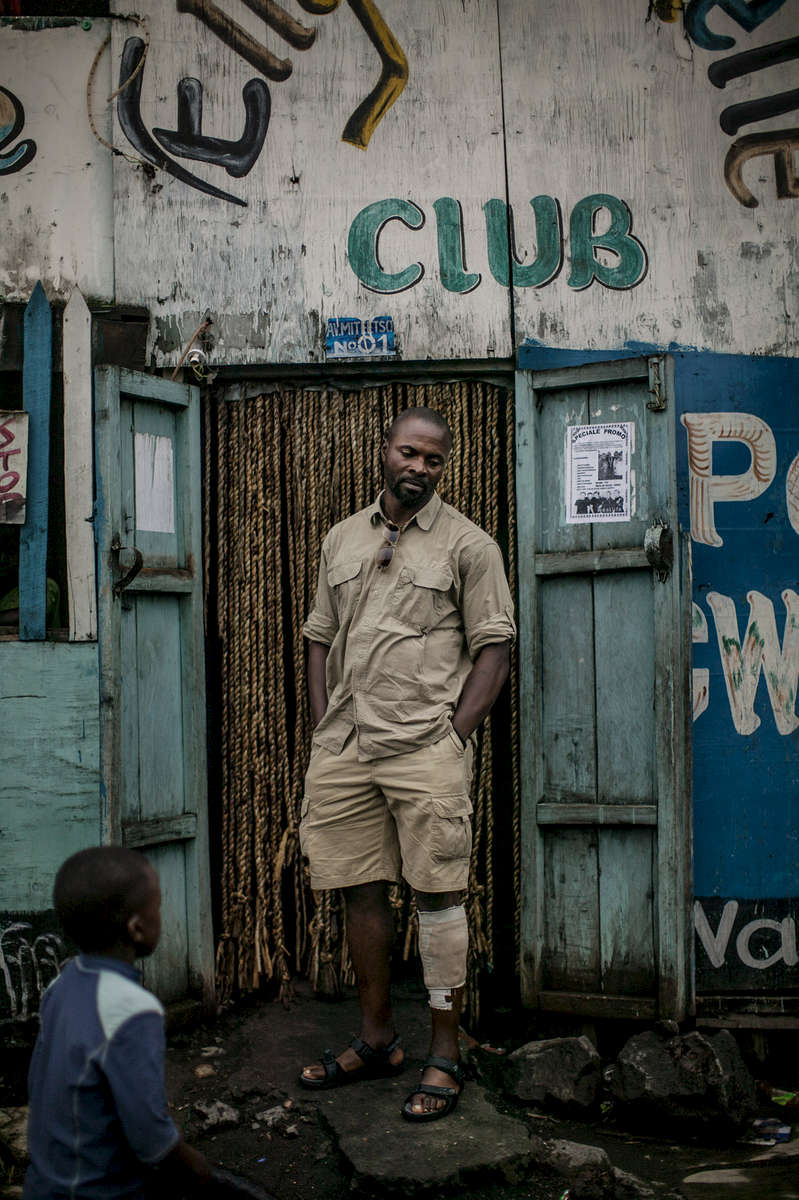 Eagle, a Congolese solider, stands outside a nightclub in the city of Sake, in eastern Congo. The bandage on his left leg covers wounds he sustained during battles against the M-23 one week before this image was made. He oversees the checkpoint between Sake and Goma, a critical point in the mineral transportation route. A father of five who often goes months without being paid by the government, Eagle admits to extorting fees from transporters at his checkpoint. "How am I supposed to feed my children," he laments.