A Tale of Two Wolves: Studies of Men and Behavior: Chapter 1: War in the East: Muller_Pete_Pulitzer_Breaking_News_04 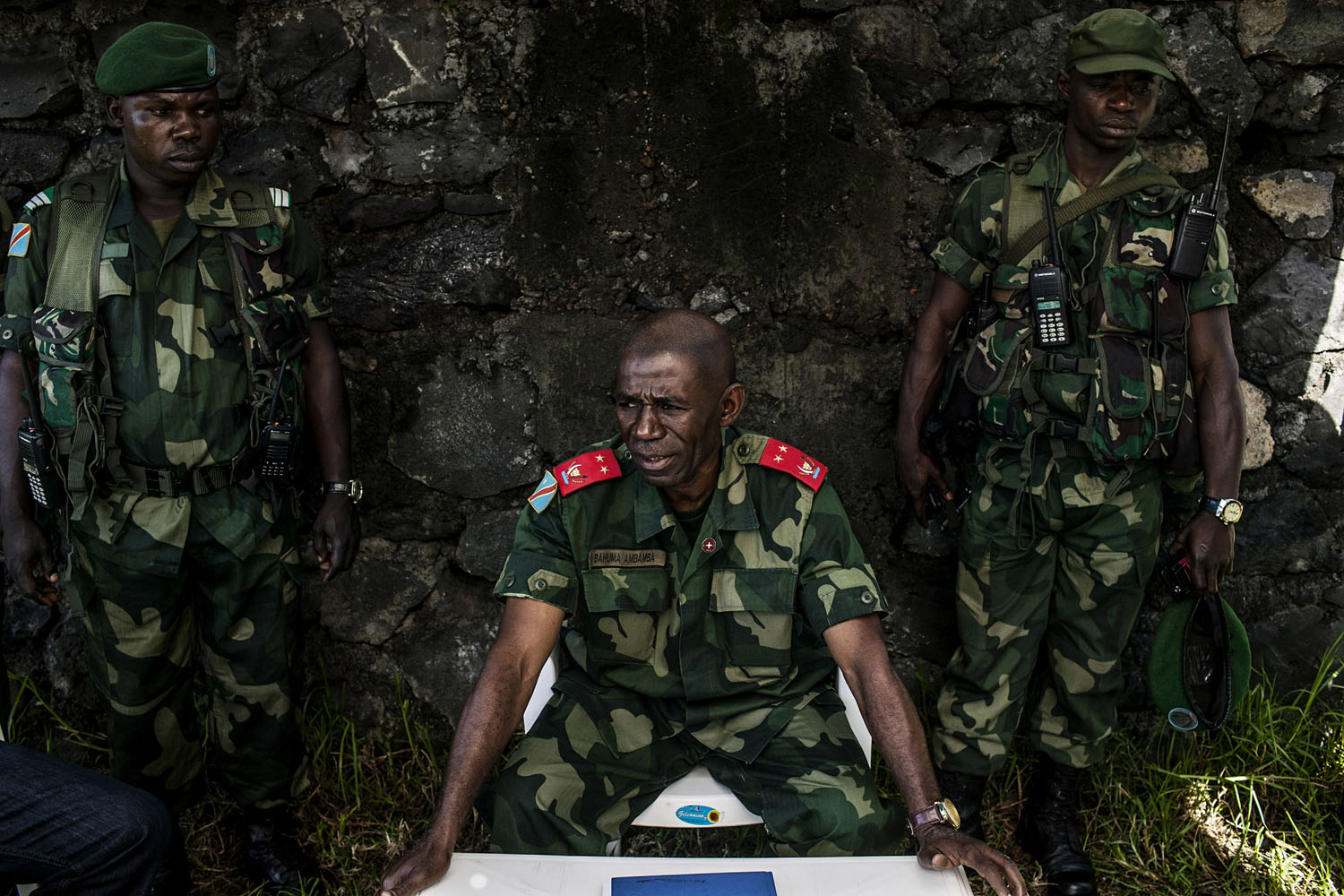 General Bahuma Ambamba, the commanding officer of all FARDC forces in eastern Congo's North Kivu Province, sits with his personal guards inside the FARDC command center in Munigi, outside Goma. General Bahuma was brought into command following the fall of Goma last year to M-23 rebels. Beyond suppressing the M-23 rebellion, which is the largest and most threatening rebellion in eastern Congo at the moment, Bahuma also has ambitions of reforming the way in which the FARDC functions.